Record Store Day is a great worldwide scheme to promote local independent record stores. Bands and record companies use the day to release limited edition records that are only available through these stores.

I buy most of my music through iTunes / Amazon or from band websites. Probably 90% of the music I buy is digital. So the amount of money I spend in record shops is tiny compared to my overall spend and even then, it’s likely that the money will be spent in a chain store such as HMV. Of course, HMV and Virgin killed off most local record stores, so in my town, there’s only a HMV.

I’ve never been to a Record Store Day event so I thought I’d give it a try. First I was going to head into London to visit Rough Trade East. But with people queuing from early in the morning to get their hands on the best releases, I decided to check the Record Store Day website for  record stores in Hertfordshire or Cambridge. To my surprise (I’ve lived in Hertfordshire for 17 years) there’s an independent record shop just up the road in Letchworth (this shouldn’t have been a surprise. Letchworth is stuck in a 1950s time warp).

I’m sad, but not sad enough to start queuing at 3am to get my hands on my record of choice. Record Store Day rules only allow customers to buy one ‘RSD’ release before midday. So I got up as normal and headed up to Letchworth for about midday to pick up whatever I could and to see what events they had in-store.

It wasn’t too much of a surprise to find much of the stuff I was interested in had already been sold by the time I got there. But there were still some interesting releases to pick up and I managed to pick up some a few 7″, a 12″ of the Ukrainians covering the Smiths, along with (non RSD releases from) the Savages EP and a Sonic Youth live LP. So it wasn’t a waste. 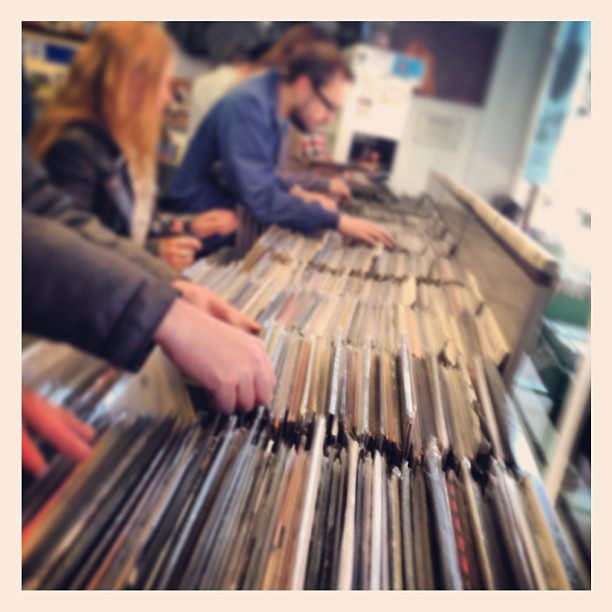 To further encourage people to head down to their local record store, each shop is encouraged to put on live music throughout the day and Dave’s was no different with a guy playing acoustic music. I have to admit, the music was immediately forgettable. But it was pleasant enough. 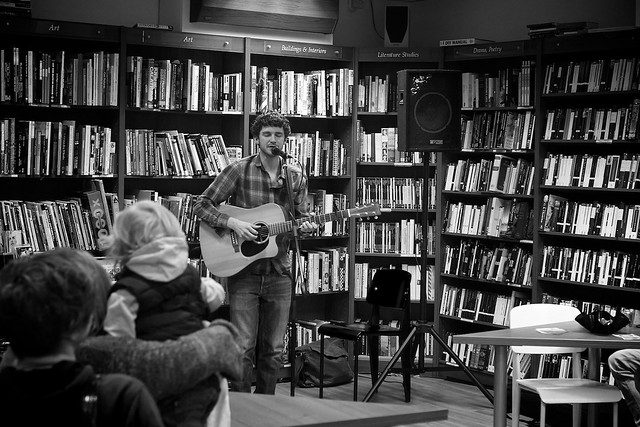 Soon after he finished, I left with my new purchases. Reflecting on how the scheme seems to have worked if it connected me with a local record shop and causing me to plough some money into a local shop. So I guess you can say Record Store Day was a success.

2013 Review Addendum – A sad goodbye to the Bull and Gate

Andrew Wasylyk at the Moth Club