What’s likely to be my last gig of 2011, something different, blues, hard rock, two gigs, five performances, two rooms and one location, the University of Hertfordshire.

My regular Blues Night at the University was interrupted by heavy rock in the main auditorium courtesy of the Young Guns and Jack Daniels. Upstairs in the ‘Attic’,Hokie Joint, were the headline act for this month’s Blues evening. So a great opportunity to see two different styles of music without much effort without getting rained on in a field. (and with a chance to take some photos with a proper camera).

The rock night, was as I expected, fairly predictable. I don’t really like the Young Guns’ material. It’s high energy but fairly bland but I thought I’d give them a try. Their performance was the same,  lots of energy, but not much interest. For me, good rock bands have some ‘light’ in their music. The Young Guns material has no light. Great for moshing, but little else. But the kids loved it. But then I’m not a kid anymore.

Upstairs, however, Hokie Joint were excellent. Fantastic blues rock with a front man with a good stage presence (and lots of black eyeliner), who manages to be slightly freaky without overplaying the part. Of course without a good band around him, his act wouldn’t work. But the rest of the band were more than capable of holding their own. Easily the best band who’s performed at this year’s Blues evenings and easily the best band by miles playing the University tonight. 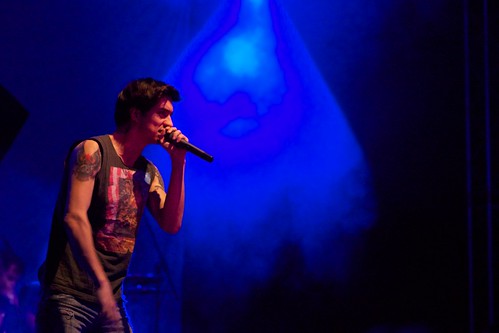 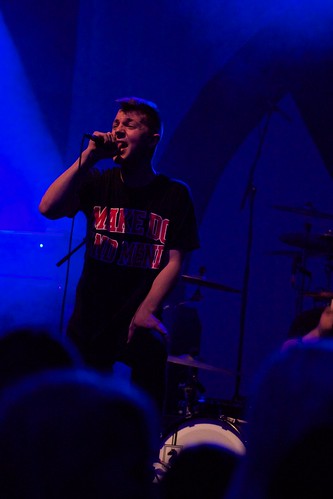 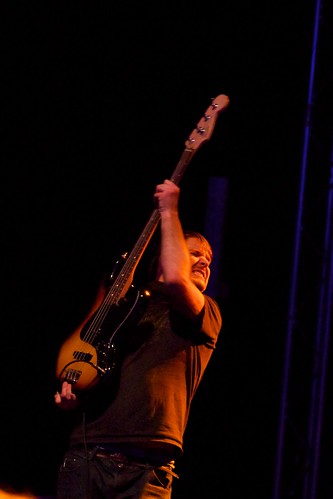 Apologies, I Have None